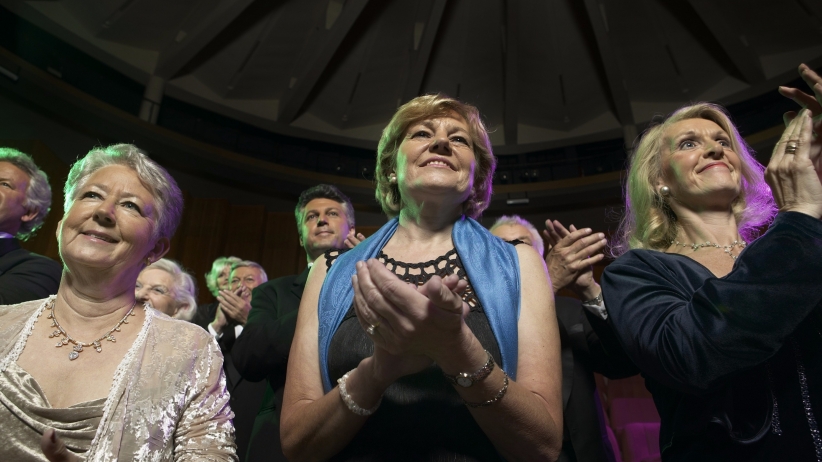 Women raise more money with crowdfunding than men do because of the words female founders tend to use, according to a study currently under peer review.

Women generally use words that talk about positive emotions — for example, “excited” and “happy” — and inclusivity — such as preferring the pronoun “we” and words such as “together.” That kind of language is associated with crowdfunding campaigns that, all other factors being relatively equal, raise more money, says UC Berkeley Haas School of Business Assistant Professor Andreea Gorbatai.

“Using inclusive language builds this bond of trust, where you feel that people are not trying to take your money, you feel that they are including you in this venture,” Gorbatai says.

To isolate the effect that language has on the amount of money a crowdfunding campaign raises, Gorbatai used an “exact matching technique,” with which she would study two campaigns that were raising the same amount of money for a similar reason over a similar period of time where the only difference was that one was run by a solo female founder and the other was run by a solo male founder. For the purposes of the study, a campaign is considered a success over another if it raises more money.

That those fundraising campaigns organized by women tend to raise more money than those run by men runs counter to most other fundraising gender dynamics. “Online fundraising settings pose an interesting empirical puzzle: women are systematically more successful than men, an outcome contrary to offline gender inequality,” she writes. For example, venture-capital funds tend to be overwhelmingly distributed by men to other men, Gorbatai points out in her paper.

To be sure, crowdfunding investors have different motivations than traditional investors. While traditional investors are overwhelmingly putting their money behind projects that are expected to see positive financial return, crowdfunding investors “give money in order to support projects they value for social or value-related reasons,” Gorbatai writes. That’s one reason why language plays such a pivotal role. Those seeking crowdfunding dollars need to convince potential investors of the moral and sociological worth of their cause. And they must do so often without the benefit of face-to-face time spent building relationships.

Gorbatai has presented her findings in a working paper titled, “The Narrative Advantage: Gender and the Language of Crowdfunding.” The academic paper still has to go through a few final stages of peer review and approval before it will be published in a journal.